Principina a Mare is situated in a prime location as it allows to reach easily the most beautiful places in the Maremma Toscana. The best places to visit in a land made of such different environments as to define a wild landscape, sweet and sour at the same time. Here we report just some of the places that you can visit at a few kilometers away: 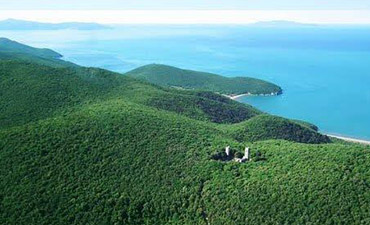 at approximatley 30 km far from Principina a Mare you can visit the famous Natural Park of Maremma, also known as Park of Maremma, consisting of a chain of hills sloping to the sea with sandy beaches and cliffs, surrounded by marshes, pine forests, cultivated fields and pastures. To visit the park you can choose a variety of routes depending on the season, the duration and the difficulty. The routes can be addressed individually, in groups, and also with the help of a guide. It is also possible to carry out surveys on horseback, by carriage, by bicycle and canoe. It is recommended to contact the Park Visitor Center.

the lovely village of medieval origin, located in the heart of Tuscany. Rich of natural and artistic beauties, Castiglione is also seat of a harbour that offers daily excursions to the islands of the Tuscan Archipelago: Giglio, Giannutri, Elba, Montecristo and Capraia. 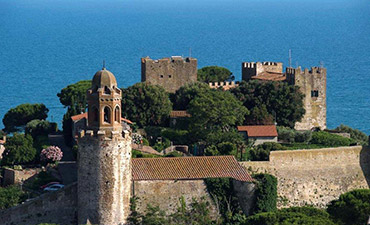 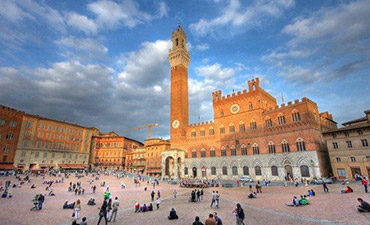 The city of Siena, known worldwide for its enormous historic, artistic and landscape heritage, for its substantial stylistic unity of the urban medieval and for the famous Palio, is just onr hour far from Principina a Mare by car. In 1995, its historic center had been honored by UNESCO as a World Heritage Site.

In the city of Florence, a city that everyone should visit at least once in their lifetime, the concentration of wealth in a small space that of the old town is astounding and includes art, historical monuments, scientific collections and valuable places from the naturalistic point of view. 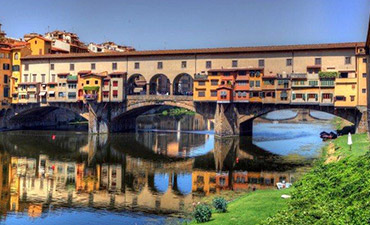 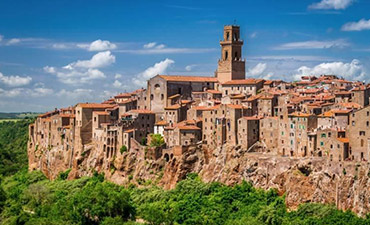 Pitigliano is a town in the province of Grosseto, located at about 80 km south-east of the county seat. Pitigliano is a quaint village in the Maremma, the only one of its kind for the distinction of being built entirely on a tufa rock, which makes it one of the most interesting places of the tuff area. The town stands on a plain formed by the rivers Lens, Meleta and Prochio, is certainly one of the most beautiful art centers of Tuscany and Italy. The town conserves many monuments of art ranging from the Middle Ages to the eighteenth century. Pitigliano is also known as “Little Jerusalem” for the presence of a synagogue and a quite large Jewish community which has always managed to find a good integration with the local population. The formation of the community dates back to the sixteenth century, but in the nineteenth century it begins to decline. As evidence of the importance of the Jewish community of Pitigliano they remain the neighborhood of the old ghetto with the beautiful synagogue and the interesting cemetery on the road to Manciano.

Vetulonia is an Etruscan origin village located in the municipality of Castiglione delle Pescaia, in the province of Grosseto. In the surrounding area numerous archaeological remains have been discovered, including those of an Etruscan necropolis and the tombs along the Street of Tombs. Among the graves that you can visit, Diavolino e the Tomb of the Petrera are remarkable. The country also preserves some remains of the original Etruscan walls and a museum has recently opened, which preserve many exhibits of the Roman and Villanovan period while others are still preserved at the Museo Archeologico Nazionale in Florence. 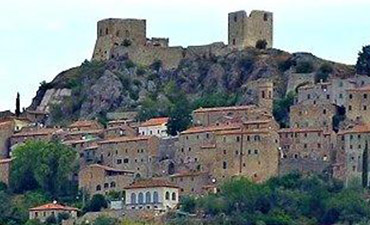 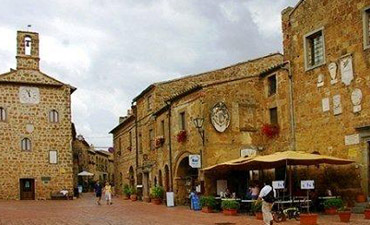 Sovana is a charming village with an atmosphere stopped in time that it represents, a rare jewel of medieval town planning. It is known as an important Etruscan center, medieval and Renaissance village and episcopale seat. The village is included in the list of the most beautiful villages in Italy supported by the National Association of Italian Municipalities.

Rome is the city where the ancient and the modern blend naturalness in a constant dance that leaves stupefied everyone who visits it. In the course of its three millennia of history it has been the first great metropolis of humanity, the heart of one of the most important ancient civilizations, which influenced the society, culture, language, literature, art, architecture, philosophy, religion, law and customs of the following centuries. Rome presents itself as the result of the continuous overlapping of architectural and urban planning of different ages, in a striking and unique interpenetration which shows the complex relationship that the city has always established with its own past, in a succession of developments in chaotic periods of decadence , rebirth and attempts, in contemporary times, the modernization of the urban fabric. The city is easily reached in about 2 hours 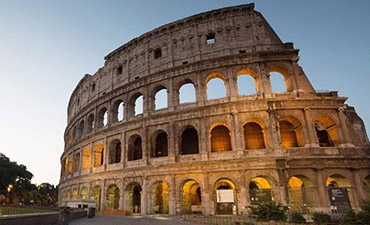 We use cookies on our website to offer you the most relevant experience by remembering your preferences and repeat visits. By clicking on "Accept" you agree to the use of ALL cookies. However, you can visit the Cookie Settings to provide controlled consent. Read more
Cookie settingsACCEPT ALLREJECT
Manage consent

Necessary Always Enabled
Necessary cookies are absolutely essential for the website to function properly. These cookies guarantee the basic functionality and security features of the website, anonymously.
Functional
Functional cookies help perform certain functions such as sharing website content on social media platforms, collecting feedback and other third party functionality.
Performance
Performance cookies are used to understand and analyze key website performance indices which help provide a better user experience for visitors.
Analytics
Analytical cookies are used to understand how visitors interact with the website. These cookies help provide information on visitor numbers, bounce rate, traffic source, etc.
Advertisement
Advertising cookies are used to deliver relevant ads and marketing campaigns to visitors. These cookies track visitors to websites and collect information to deliver personalized ads.
Others
Other unclassified cookies are those that are analyzed and have not yet been classified into a category.
Salva & Accetta